Established in 1978, and centered in Columbus, Ohio, Surety Bonds Inc. has grown to become the premier surety bonding agency in Ohio, representing many of Ohio’s finest contractors. Originally founded by John Koetz, Mark Drengler joined the firm in 1989, and became the sole owner in 1995. Gayle McClellan, also a surety specialist, joined the agency in 2007 and operates out of the Arizona office.

Contact Surety Bonds Inc. for all your surety bonding needs. 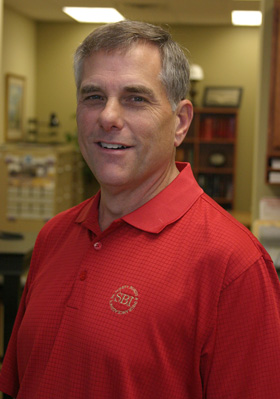 Mark started his career in the surety business in 1978 after graduating from Adrian College with a double major in Business and Accounting. Not wanting to be an accountant (too boring) a position in the Surety Department of St. Paul Fire & Marine Ins. Co. presented itself and off to Detroit he went. For nine months, Mark was a Bond Trainee and in early 1979, he was transferred to Springfield, MA and served as a Bond Underwriter and Field Supervisor, still with St. Paul.

In 1984, Mark took a Manager Position in Columbus, Ohio with Peerless Ins. Co. During his five plus years there, the Columbus Office was name “Bond Office of the Year” two years in a row (this hadn’t been done previously in Peerless).

In 1989, the agency side of business called and off to Surety Bonds Inc. Mark went. Mark worked for and with John Koetz (founder) until 1995. In November 1995, Mark bought 100% 0wnership of Surety Bonds Inc. Besides running the highly successful agency, Mark has devoted his time to the industry serving as President of the Surety Association of Ohio for nearly ten years and also as Regional Vice President and Director of NASBP for six years. Mark has testified in front of the Ohio Senate and been involved in numerous issues fighting for the surety industry.

Mark believes that reputation in this business is something one never wants to lose. He adheres to the theory that surety is a 0% loss ratio business. His job is to take top quality bond business to the underwriter. In his career, he has not experienced a bond loss, a comment that cannot be made by many others and is something that he is extremely proud of. 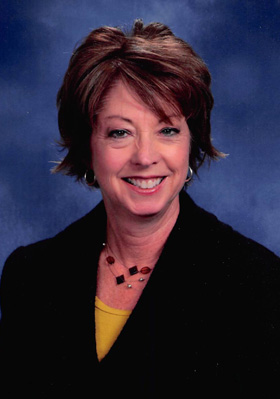 Gayle has been an active participant in the construction scene since 1990. Prior to becoming a partner within Drengler & McClellan (D & M Surety) in 2008, she was a surety agent within the Toledo area, managing the surety bond needs for contractors in Northwest Ohio. In 2014, Gayle moved to Arizona, where she continues to utilize her surety knowledge with contractors bond needs across the United States.

Gayle obtained her Associate in Fidelity and Surety Bonding (AFSB) designation in 1996. Through her membership with associations such as CFMA (Construction Financial Management Association), and NAWIC (National Association of Women in Construction) she stays current on construction trends and issues. To keep abreast of local and national surety topics, Gayle also is a member of the Surety & Fidelity Association of America (multiple recipient of the Gold Award, promoting education in surety bonding).

She has expertise in all areas of surety, from construction bonding (including the SBA’s Surety Bond Guarantee Program, joint ventures and co-surety arrangements), to negotiating large commercial bond programs for Fortune 500 corporations. She has provided surety education in construction seminars provided by the Small Business Administration, Arizona Department of Transportation, Toledo Chamber of Commerce, the University of Toledo, and the Lathrop School of Construction Management.

The agency’s motto, “Professional Service on a Personal Basis” holds true with every client Gayle works with.

After graduating from Wittenberg University in 1999 with a degree in Business Management, Adam started his career in commercial finance with Great Lakes Funding Ltd., Inc. in Sylvania, OH. As an account officer he provided asset based lending to help his clients grow from point “A” to point “B”.

In 2003 Adam made the move to more conventional financing and became a VP of Commercial Lending with Sky Bank in Findlay, OH. Prior to Sky Bank’s merger with Huntington National Bank, Adam was promoted to VP of Private Banking where he managed the department for the Western Central Ohio. While with the bank, he became proficient in analyzing financial statements and advising clients on making sound business decisions to help them achieve their goals from both a personal and professional stand point.

As the economy turned, so did Adam’s career path. “I was spending more time talking to auditors and had no time to council with my clients” and in late 2008 he became the COO for Quality Lines Inc., one of those clients. They were an Electrical Utilities Contractor based out of Findlay. One of his many responsibilities while there was to monitor the financial health of the business and interact with their lending institutions and their Surety and insurance relationships.

And that brings us to the present. Adam joined Surety Bonds Inc. in 2016. This transition back to the commercial financing realm gave him the opportunity to do what he does best, use his financial analysis background and experience working in a contractors world and merge the two together to provide sound advice and guidance reach your goals and to obtain the Surety program that your company needs.

Upon graduating from Ohio State University in 1994 with a degree in Interpersonal and Organizational Communication, Christie was active in the State Legislature. Working first as a Legislative Assistant and then as a Legislative Aide. Dealing directly with constituent’s issues was her passion in this business.

From there Christie went on to further use her communication skills and took a job with Nationwide Corporate. Here she was involved with Executive Recruiting, working hand in hand with potential executives looking for employment within Nationwide. From 1998 to 2000 she worked hard to implement a strong network of people throughout the United States. In 2001, Christie decided it was time to take work home. As a mom of three girls helping them to grow into the women they are today was her priority.

2009 brought many changes to Christie’s life. An opportunity presented itself at Surety Bonds Inc. Starting in January 2009, she began the journey of becoming a specialist in Surety Bonding. From the ground up, Christie has learned the ins and outs of the business. In 2017, Christie decided to further her success and obtained her Property & Casualty Insurance license. Her hope is that this will help in paving the way to SBI’s continued success.